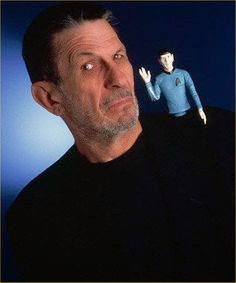 As hundreds stood in line waiting for their turn to take a quick photo with Nimoy, he stood there patiently tall, and would always greet the next fan with a ready smile and a warm firm handshake. The entire affair was all over pretty quickly as the line of fans was shuffled along. However, those short few moments, where two people from different parts of the word connected in the same time and space because of a shared interest?? I could never forget that. 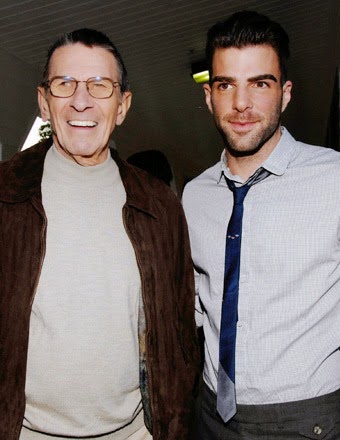 Just like the Vulcan salute and greeting, "Live Well and Prosper", Nimoy sought the good things in life. And by that I don't mind just luxuries or good food and wine. He saw the good in humanity, always had kind and wise words to say, and flexed his creative biceps in different ways. He loved photography, was a poet, musician director and a philanthropist. He stood by equal rights and helped the feminine cause with that unique voice of his - whether that be through the spoken word or in a wise tweet.

Having given the role of a younger Spock in the "Star Trek" 2009 movie, Zach has mentioned in a number of occasions that Nimoy not only became his mentor, he was also a close friend. Naturally, the loss of such a man, was deeply felt.

my heart is broken. i love you profoundly my dear friend. and i will miss you everyday. may flights of angels sing thee to thy rest.


We all join Zach in this sentiment -  one that is shared and felt by many in the ZQ Community and "Star Trek" fandom all over the world.

Live Long and Prosper, Mr. Leonard Nimoy.
You will be greatly missed but you will always be remembered. 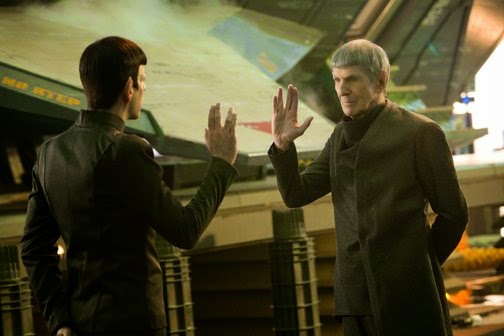